EK-1-Queen of the Matrix - Jasmuheen

In book one of four in the Enchanted Kingdom series we find the master field fiddler Tan living on board the Starship Elysium with Rani and those who oversee the merging of the realms. The Starship Elysium has detected an anomaly in the Matrix that has begun to bleed through into future worlds and alter the course of the merging.
Now the Queen's light is dimming and the witch must be reborn to close the doors to the darker worlds while Tan seeks to contain the damage. Decades before Tan and Rani had found themselves as young children sent backwards in time to be held in a field of Enchantment. Watched over by Shadow, the she-wolf, and Crystalina a field surfing fairy, they encounter both evil and the mesmerizing magic of paradise worlds at play as they battle their wills with the witch and the warlock who is her longtime mate.
Now they must return to the enchanted realm to find the keys to deal with a new breed of Artificial Intelligence that treats humanity as a virus to eradicate. Trained at the Cadet’s Space Station in the art of fiddling the fields, Tan goes back in time to reprogram the A.I. systems before the anomaly of their terrifying reign can begin.
Buy for $7.77 AUD 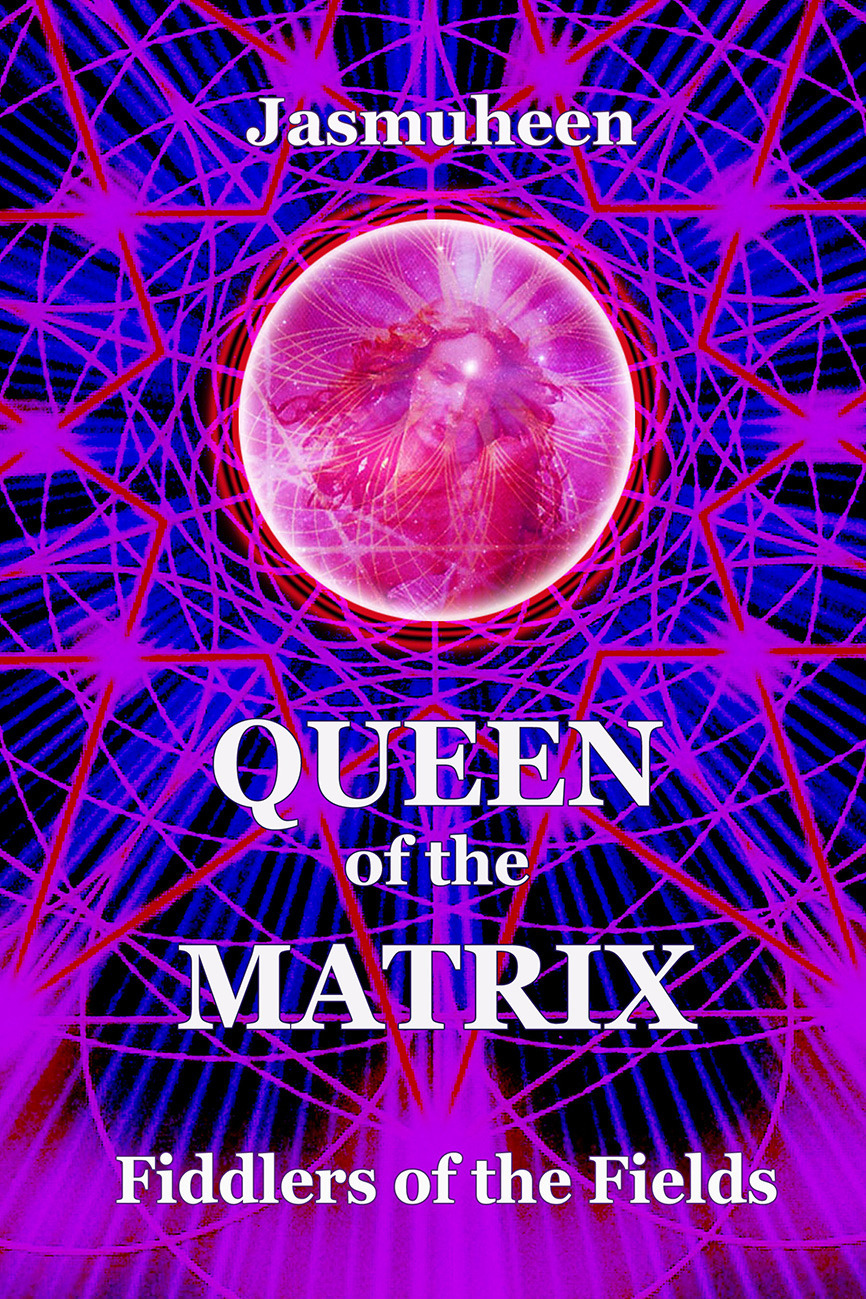 Book 1 - Queen of the Matrix – Fiddlers of the Field – the alchemical apprenticeship begins. Also covers future artificial intelligence issues.
Book 2 - King of Hearts – The Field of Love – covers the complicated alchemy of human relationships and love from an interdimensional level.
Book 3 - Elysium – Shamballa’s Sacred Symphony – explores the alchemy of love, duality and the more enlightened planes.
Book 4 - Cosmic Wanderers – Homeward Bound – goes deeper into the ancient and futuristic alchemy of an ascending species and world.
The Enchanted Kingdom is a land of an ancient space held in a field beyond time, a place that seems like a layer of life wedged between worlds. The alchemists describe it as a field of possibilities where everything is available for the dreamtime dancers and the wise.
A parallel world dreamt into being over millennia by those seeking higher worlds, the Enchanted Kingdom represents the highest visions and dreams of humankind. And now, finally, this Kingdom is merging with Earth’s own world.
Welcome!
Enter your info below to login.
Forgot your password?